Abstract: Sustainable computing is a rapidly expanding field of research covering the fields of multidisciplinary engineering. With the rapid adoption of Internet of Things (IoT) devices, issues such as security, privacy, efficiency, and green computing infrastructure are increasing day by day. To achieve a sustainable computing ecosystem for future smart cities, it is important to take into account their entire life cycle from design and manufacturing to recycling and disposal as well as their wider impact on humans and the places around them. The energy efficiency aspects of the computing system range from electronic circuits to applications for systems covering small IoT devices up to large data centers. This editorial focuses on the security, privacy, and efficiency of sustainable computing for future smart cities. This issue accepted 17 articles after a rigorous review process.

Security and privacy issues are increasing rapidly with significant advancements in communication technologies. The current network architecture is designed with various protocols, and solutions have been proposed to meet the different requirements of users such as mobility and better content distribution. Internet of Things (IoT), mobile, and wireless smart devices have become active users, contributing to the communication process without human intervention. Emerging technologies refer to the power of data processing in the cloud with greener and sustainable computing infrastructure. Sustainable computing is a set of principles encompassing a range of policies, procedures, programs, and attitudes that span the entire length and breadth of any use of information technology. This issue focuses on novel work on security, privacy, and efficiency of sustainable computing for future smart cities.

Hu and Feng [2] proposed an improved fusion method of segmentation of the regions for the weighted density constraints of the two images in order to analyze the characteristics of the multifocal images. To get the initial fusion image quickly, they presented the improved static wavelet. Their experimental results have shown that the image processed by the proposed method will not lose definition and can help avoid the selection of complex fusion rules.

Koo et al. [3] designed a secure operating system architecture for unmanned aerial vehicles to protect against root exploits. The proposed system resists loss of connection resulting in loss of control, and it is able to use common applications based on Linux. They used a virtualized microkernel on the Linux operating system to isolate the communication roles and prevent the exploitation of the root.

Wang et al. [4] proposed an image improvement method based on bidirectional scattering to smoothen the flat region or the isolated noise region and refine the edge region in different types of defect images on aviation composites. The experimental results have shown that the proposed method improves the edge of the image and its contrast with other models.

Zhou and Shan [6] presented a data aggregation method that preserves confidentiality and saves energy to reduce communication costs and preserve sensitive data. They improved the construction phase of the aggregation tree and the cutting phase and increased the data confirmation mechanism. They performed an experimental analysis on the basis of various metrics, and the results showed the effectiveness of the proposed model.

Ni et al. [7] presented a new system architecture to solve the problem of disclosure of sensitive information with the k-nearest neighbor query, dummy location technique, or data interfering in the location-based services. The proposed model used geographic coding technology to protect the confidentiality of location-based services. The results of the simulation have shown that the model offers acceleration of about 10 times compared to the conventional approach.

Xu et al. [9] proposed a basic Rodrigues rotation method to solve the problem of converting the coordinates of point clouds of non-directional scanners. To determine the scan coordinates of the feature points, they used the manual selection method.

Hanine and Benlahmar [10] focused on balancing the workload between virtual machines in cloud computing to ensure better quality of service and maximize the usage resources provided. They proposed an improved version of the simulated annealing meta-heuristic in order to provide the appropriate task distribution to virtual machines.

Zhao and Jiang [11] proposed an adaptive algorithm for the problem of blind signal processing based on the gradient optimization criterion. The authors deduced a family of parametric generalized distribution functions adapting to various marginal densities.

Wu et al. [12] presented a depth extraction model and a passive telemetry method based on a monocular vision system to measure the distance of an object placed on a horizontal plane using a smartphone. They combined the corner detection method proposed by Andreas Geiger and the cornerSubPix function provided by OpenCV to extract the sub-pixel corners. The experimental results have shown that the scope by the proposed method has higher accuracy than others based on the binocular vision system.

Park and Lee [13] proposed a class labeling method that can be used in the output layer of a deep neural network model by building a knowledge model from information on the major lesions defined in related standards for capsule endoscopy. The proposed method allows the design of a systematic learning model by labeling detailed classes through the differentiation of similar characteristics.

Ahn and Im [15] proposed a more efficient approach to reducing the size of 2-hop labels to overcome the limitations of the existing 2-hop labeling schemes, generating huge label sizes at 2 jumps because they only take into account the local characteristics such as degrees. They suggested a linear combination to use local and global characteristics. The experimental results have shown that the proposed approach generates smaller labels than the existing approaches.

Wang et al. [16] proposed an improved algorithm for searching for symbiotic organisms with a mixed strategy based on the adaptive constraint method. The proposed method has improved the use of the optimal individual to accelerate the speed of convergence and search capabilities.

This issue features 17 high-quality articles after a rigorous review process. It publishes articles on the following: contributions to theoretical research that present new techniques, concepts, or analyses; experience reports; experiments involving the implementation and application of new theories; and tutorials on state-of-the-art technologies related to cloud computing and big data for future smart cities. 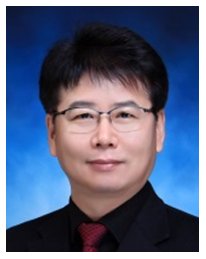 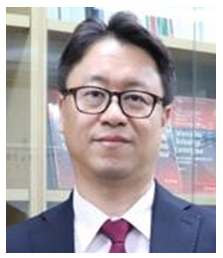 He received Ph.D. degrees from the Graduate School of Information Security, Korea University, Korea and the Graduate School of Human Sciences of Waseda University, Japan. Dr. Park served as a research scientist at the R Institute, Hanwha SC Co. Ltd., Korea from December 2002 to July 2007, and as a professor at the Department of Computer Science and Engineering, Kyungnam University, Korea from September 2007 to August 2009. He is currently employed as a professor at the Department of Computer Science and Engineering and the Department of Interdisciplinary Bio IT Materials, Seoul National University of Science and Technology (SeoulTech), Korea. Dr. Park has published about 200 research papers in international journals and conferences. He has also served as the chair, program committee chair or organizing committee chair at many international conferences and workshops. He is a founding steering chair of various international conferences including MUE, FutureTech, CSA, UCAWSN, etc. He is employed as editor-in-chief of Human-centric Computing and Information Sciences (HCIS) by Springer, The Journal of Information Processing Systems (JIPS) by KIPS, and the Journal of Convergence (JoC) by KIPS CSWRG. He is also the associate editor or editor of fourteen international journals, including eight journals indexed by SCI(E). In addition, he has been employed as a guest editor for various international journals by such publishers as Springer, Elsevier, Wiley, Oxford University Press, Hindawi, Emerald, and Inderscience. Dr. Park’s research interests include security and digital forensics, human-centric ubiquitous computing, context awareness, and multimedia services. He has received “best paper” awards from the ISA-08 and ITCS-11 conferences and “outstanding leadership” awards from IEEE HPCC-09, ICA3PP-10, IEE ISPA-11, and PDCAT-11. Furthermore, he received an “outstanding research” award from SeoulTech in 2014. Also, Dr. Park's research interests include human-centric ubiquitous computing, vehicular cloud computing, information security, digital forensics, secure communications, multimedia computing, etc. He is a member of the IEEE, IEEE Computer Society, KIPS, and KMMS.